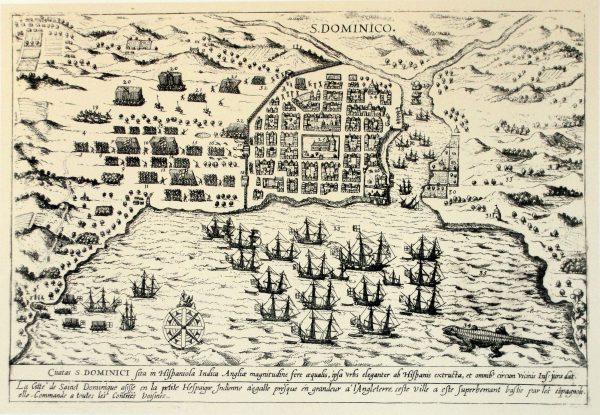 Limited Edition of 150, numbered 2/150. Comes with a certificate of authenticity.

Blind embossed with the seal of 1451 International

Drake’s attack on Santo Domingo. 16th-century illustration of a fleet led by English corsair Sir Francis Drake attacking Santo Domingo (in present-day Dominican Republic). Drake’s forces captured the city and occupied it for over a month, looting and extorting a large ransom. This attack took place on 1 January 1586 during Drake’s 1585-6 voyage to the West Indies, and was part of the Anglo-Spanish War. Map published in 1589 by Italian cartographer Giovanni Battista Boazio.