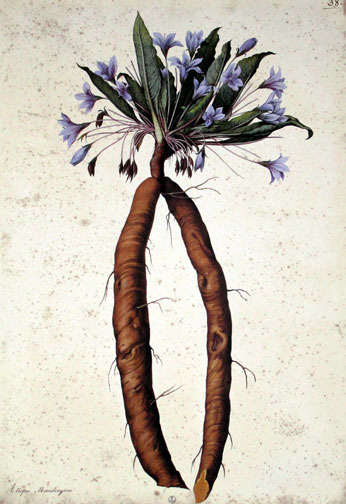 Limited Edition of 300, numbered 3/300. Comes with a certificate of authenticity.

Blind embossed with the seal of the Uffizi Museum!

Jacopo Ligozzi, an Italian painter and naturalist, is perhaps best known for his intimate

paintings of the plants and animals in the Granducali Gardens owned by Francesco de Medici.

Famous for their three centuries of political influence and artistic patronage, the Medici family

received many rare plant specimens from merchants and ambassadors traveling abroad who felt it was their duty to procure beautiful examples of the world’s flora and fauna for their rulers. Ligozzi was called in 1577 to archive the profuse collection of rare plants in the Grand Duke’s collection, creating over eighty detailed portraits (two hundred years before the emergence of Audubon) that served as testament to the unique and prized collection owned by the Medici Family.

portraits of plants. Occasionally, to accentuate a rare plant specimen he would include an exotic bird from the Medici collection, meticulously rendering it down to the most subtle detail of each feather. In 1543, Cosimo de Medici founded the world’s first Orto Botanico in Pisa, followed by the Giardino delle Stalle in Florence, where Ligozzi was also employed. Jacopo Ligozzi’s paintings sparked a phenomenon of gardening societies, as they captured the wonder and beauty of unusual plants in timeless, graceful portraits.