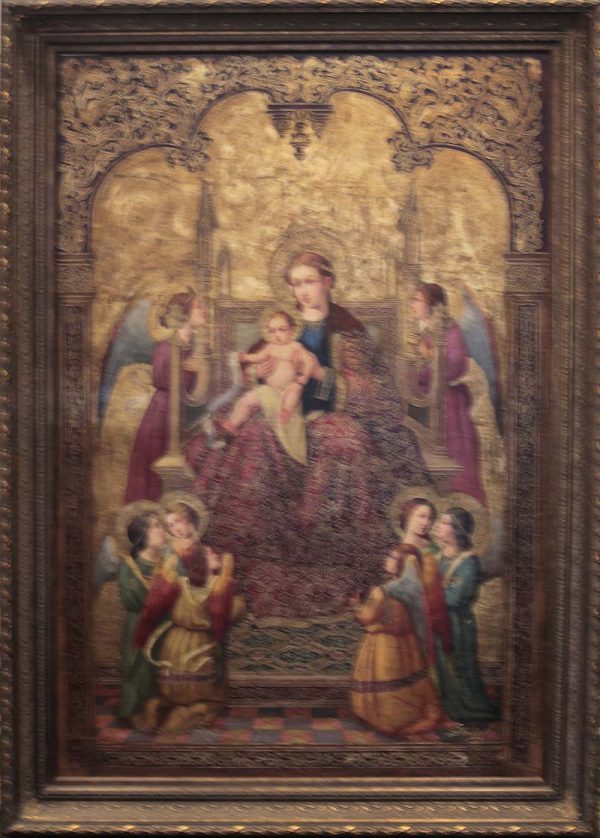 Virgin Mary & Child Enthroned and Surrounded by Angels by Mendoza